AN OVERVIEW OF THE POLYTECHNIC COLLEGE

The Government of India, with the purpose of providing a system of education which included study of rural problems, rural requirements and solutions for the same and creation of employment opportunities in rural areas, wanted to establish a few institutions known as “Rural Institutes” on experimental basis in certain selected places. Sri Ramakrishna Mission Vidyalaya, Coimbatore, which was already running several educational institutions and had the experience     in catering to rural requirements, was one of such institutions selected for this purpose. The present Polytechnic College which was originally named as “School of Engineering” was one of the wings of the Rural Institute. It started to function in 1956 under the National Council for Rural Higher Education, Government of India. It aimed to specially cater to the needs of rural areas and to improve the economic conditions of the villages. Initially the course of study in Civil Engineering, of three years duration, was started in the name ‘National Certificate Course in Rural Civil Engineering’. 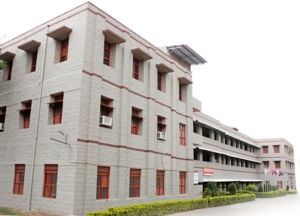 On 26th August 1956, the school was officially inaugurated by Sri M Bhakthavatsalam, Minister of Industries and Agriculture, Government of Madras. Participation in the community work within and outside the campus was
considered as one of the ideals of the Vidyalaya. Students and the members of the staff were made to participate in maintaining the classrooms, hostel rooms and the campus neat and clean all by themselves as far as possible.

Community work and extension activity were a part of the study. The students and staff in batches used to go to the surrounding villages, study the village problems, find solutions wherever possible and engage in social work like farming, preparing and supplying teaching materials to schools, repairing the school furniture, etc,.

After completion of the course, common examination was conducted by the National Council for Rural Higher Education, New Delhi, in all the Rural Institutes and Diplomas were awarded to the successful candidates.

The Department of Mechanical Engineering was started in 1978, adding another feather in the crown of our polytechnic. In 1980, our polytechnic was conferred the autonomous status.

From the year 2004-2005 all the 4 courses were conferred Autonomous status.

Our Polytechnic College was awarded with an ISO 9001:2000 certificate in the year 2005 by TUV Suddueshland Ltd, a subsidiary of TUV, Germany.

Courses offered and their unique features

Rural Technology, Rural Survey and Project Works, besides the regular curriculum on par with and above the diploma courses offered by other polytechnics, used to form additional areas of specialization for students of this Polytechnic College.

Practical training along with regular studies constitutes an important feature of this Polytechnic College. At the end of the second year – students of all branches go to different industries and companies for a month long in-plant practical training. The third year students do project work as part of their curriculum.

Sports
‘The world is a great gymnasium where we have come to make ourselves strong’, said Swami Vivekananda. In efforts to create healthy growth in the students, our Polytechnic College has included sports as part of the regular curriculum giving due importance to participation in sports by every student.

All sports and games are provided to state level standards. The college has eight lane athletic track of national standard and an indoor stadium which can house more than 2000 spectators for the sports basketball and volleyball of national standards. Large scale sports facilities are available in this college to cater to the needs of sport-loving students. A twin indoor badminton courts are in the polytechnic campus.

NSS (National Service Scheme)
During the academic year 1983-84 the National Service Scheme (NSS) was started in our Polytechnic. It renders various service activities in rural areas of Coimbatore by laying roads, cleaning and maintaining the environment pollution free with sanitation. Now our unit has 100 students as volunteers. Programme Officers of other institutions are invited at regular intervals to give guest lectures. The objectives of the NSS are to create social service attitudes among students, to improve the personality by doing social service and to conduct special camping under a theme. The training is included in the curriculum for the first year as a co-curricular subject.

Cultural Activities
The college gives special attention in enriching the sensitivity of the students in their traditional cultural forms like music, dance and drama. Many performances and competitions are held to promote awareness in Indian cultural heritage. Since 2005 these activities has been included as a co-curricular subject. Our college has the credit of conducting State Level Cultural Competitions for Polytechnics and ITIs to enhance the cultural awareness among other students also.

Co-Curricular Activities
The co-curricular activities play a vital role in adding spice to college life and involvement in them often proves to be the most indelible part of one’s career. English and Tamil Literary Associations specially provide a forum to develop the skills of the students in Public speaking and Creative writing by conducting a number of competitions. Our students took home a number of prizes from the inter-collegiate arena.

Consultancy Cell
Sharing the infrastructure and the expertise of the staff with the industries, our polytechnic college ventured to start a Consultancy Cell in the academic year 2000-2001. Our Cell specially offers consultancy in the fields of Civil Engineering and Hardware Engineering as mentioned below.

Hardware Consultancy:
This Cell provides services in purchasing/assembling and maintaining the hardware components of the computers all over the Vidyalaya campus.

Also, as and when feasible, in the above mentioned wings of consultancy, interested students are selected as volunteers and trained in the particular specialisation.